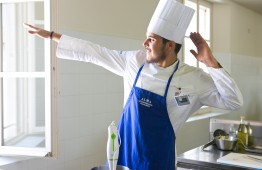 Not all culinary stories begin with great dreams of becoming a professional cook. Sometimes, the circumstances of life simply reveal our true talents and ambitions. Like most of his friends, Vedran Varvodić decided to go to technical high school for computer hardware engineering in his hometown of Sinj. He wasn't passionate about his studies, and soon after graduating he moved to Dubrovnik to take a seasonal summer job. His first job was working as an assistant cook at the restaurant Azur in Dubrovnik. Although seasonal jobs require countless overtime hours, extraordinary work ethic, discipline, and a lot of patience, Vedran returned the following summer, knowing that he had fallen in love with cooking. Working over the summer, he learned a lot about different ingredients, spices, and different ways of cooking. The next summer, he received a better job offer, as a chef in the restaurant Renaissance in Dubrovnik. Having fallen in love with cooking, Vedran decided to enroll in Kul IN's program Professional Chef of Italian Cuisine.

After completing the program at Kul IN and ALMA, Vedran started his five month internship at restaurant Al Porticciolo 84. It isn't easy to be amongst the best in the restaurant scene at Lake Como. However, the young chef and restaurant owner Fabrizio Ferrari had pushed his family restaurant Al Porticciolo 84 to the top with his superb fish menus. After he took the restaurant it was very soon awarded with the Michelin star and became a member of the Italian JRE. In order to successfully continue the family business, before he took the restaurant, Fabrizio had decided to intern at a number of prestigious restaurants, including Rene Redzepi's Noma. Today, in the role of a mentor, Fabrizio is happy that his restaurant brings together promising young chefs from around the world. Vedran was welcomed into this international team of cooks, and after he completed his exams, he was offered to continue working at Al Porticciolo 84. Today, Vedran is the head chef's right-hand man. He works a lot and plans even more, and fish has become his specialty. Gaining more experience is the most important thing to Vedran, so he doesn’t bother with Michelin stars. But he explains the difference in the number of Michelin stars very simply:

’It’s like in Star Wars: with one star you’re a Jedi, with two you’re Luke Skywalker, and with three you’re Yoda.’ 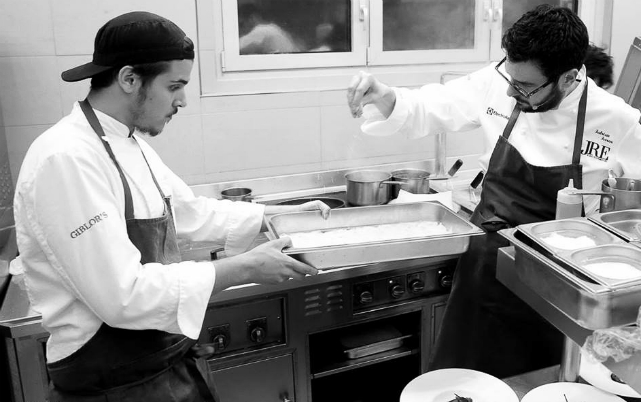 Kul IN:Can you give me a short description of the restaurant you work at? What is on the menu? What's the style?

- Al Porticciolo 84 is a family restaurant opened in 1984 by the Ferrari family. Daria and Bruno Ferrari ran the restaurant until 2004, when their son Fabrizio took over. In 2006, Al Porticciolo 84 was awarded with a Michelin star, which it has kept to this day. Since 2012, the restaurant is a member of Jeunes Restaurateurs, JRE. The restaurant is relatively small, with only seven tables and 25 seats. The menu has seven courses, plus à la carte. The menu is constantly changing according to the season, from vegetables to fish. On average, every two weeks we have two or three new dishes on the menu. I learned a lot because I myself had the opportunity to participate in the creation of dishes. 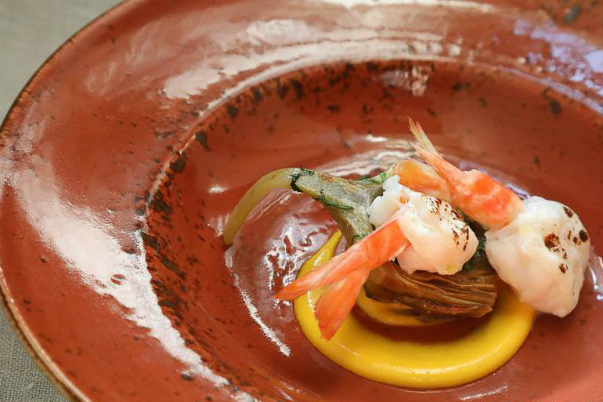 Kul IN: What is it like to work with the head chef? What have you learned from him and how does he manage the kitchen and his team? Can you single out any professional or life advice?

- The head chef and owner Fabrizio Ferrari isn't in the kitchen very much because of his other responsibilities such as buying ingredients and marketing, but I have had the opportunity to work with the wonderful Chef Shim Won Hyouk. Chef Shim is Korean, but he's lived in Italy for seven years now and has been working in Al Porticciolo 84 for two years. He's a fantastic chef whom I've learned a lot from, especially when it comes to fish. He's a chef with a lot of knowledge and experience, and you can see that he loves his job. 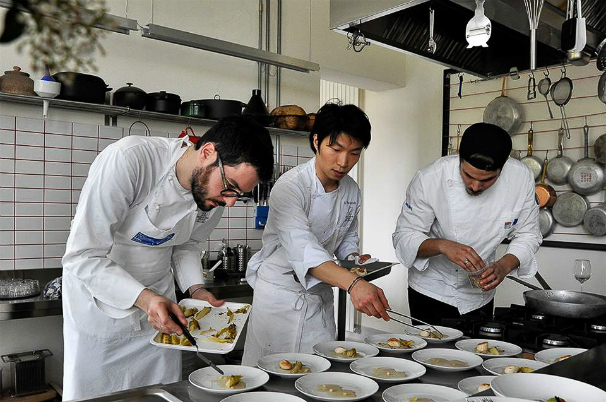 Kul IN: How many people are in the kitchen, and where do they all come from? How would you describe your working day?

- Currently in the kitchen we have Chef Fabrizio Ferrari, Chef Shim, Luca Mancini who is our bread expert, myself and a few other interns. My work day begins at 10 in the morning. I'm in charge of filleting fish, preparing marinades or salamoi (a method of preserving fish in salt, sugar, water, spices or algae, all depending on the fish), preparing sauces, and anything else that needs to be done. In terms of serving, my main responsibility is serving warm dishes (primi secondi) with Chef Shim. When I have time, I take over desserts and managing interns who work in snacks and small desserts. 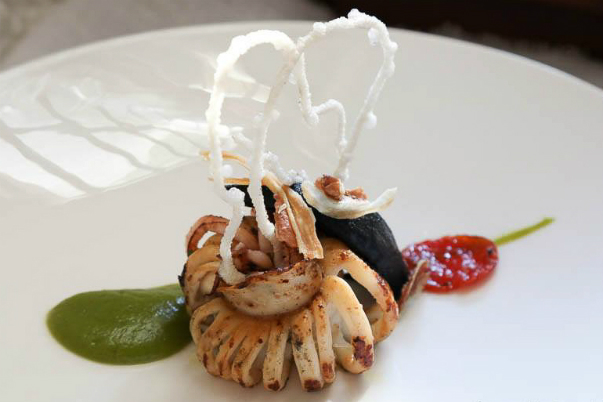 Kul IN: Which dishes do you like to prepare most?

- Right now, fish is my specialty.

Kul IN: Have you had the opportunity to prepare any special events or manifestations?

- In terms of events, we cook in Milan about once a month, because the restaurant is a member of JRE Italia. We participated in the Street Cooking Lecco festival with five other Italian Michelin chefs. We also participated in Prefettura di Gunma, preparing a Japanese dinner event with Il Josh Wagya.

Kul IN: Which Italian dish do you especially love to prepare?

- I don't have a favorite dish because each dish is great in its own way. I mostly eat fish and vegetables. I've stopped eating meat. I only eat meat when I come home, and when my dear Marina makes pašticada (a stewed beef dish cooked in special sauce, very popular in Croatia) (laughs). But who knows, maybe the next restaurant I work for will be a steak house. 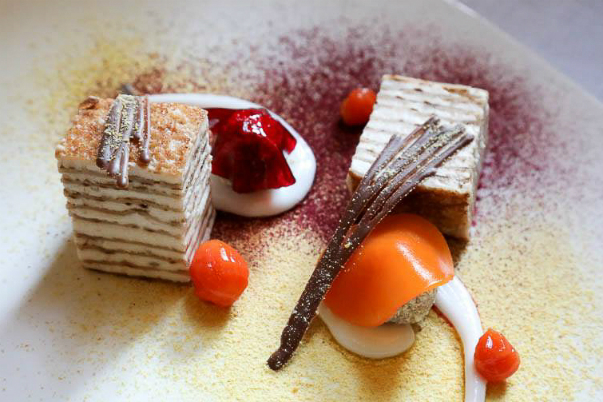 Kul IN: What are your future plans?

- I'm definitely going to stay in Italy for a while longer. I would like to try working in a few other restaurants, as well as experience life in some other city in the south of Italy. After that, it would be great to explore the cuisine of northern Europe: Denmark, Finland, Iceland. Or maybe Spain. I have already started to work on my future plans.