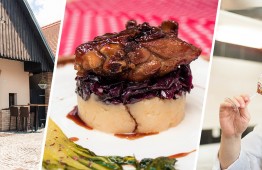 We paid a visit to Baranja, a Croatian region regarded as veiled in mystery both by Croatians and international visitors. Baranja is bound by natural borders made up of rivers, it is hidden by a swamp protecting more than 300 species of birds that have found their home in the nature park Kopački rit, and Baranja's settlements are interconnected by charming wine roads. The roads that best evoke this area are surduci though - streets full of gators, wine cellars characteristic of Baranja. Baranja region is geographically incomprehensible, and gastronomically sumptuous and rich in beloved dishes  - the flavors of kulen sausage, cheese, ajvar (a local variation of chutney), a wide variety of jams - the food perfectly gels with the best Baranja wines created on the foundation of tradition dating back to the Roman Empire. Adventurers can taste the most delicious game dishes such as venison or boar. For lovers of lighter food, the good news is that Baranja is home to more than 50 species of freshwater fish, from river carp to pike, perch to catfish. Everyone can find something for themselves in Baranja, and Josić winery and restaurant is a place that best evokes the atmosphere of this area; the freshness of the wine cellars and the warmth of the food and hospitality of the people. The Kul IN alumnus and owner of the winery and restaurant, Damir Josić, in addition to evoking the atmosphere of Baranja with his dishes and wines, decided to spice up his authentic Baranja gastro story with fine dining elements. Here's the tea: 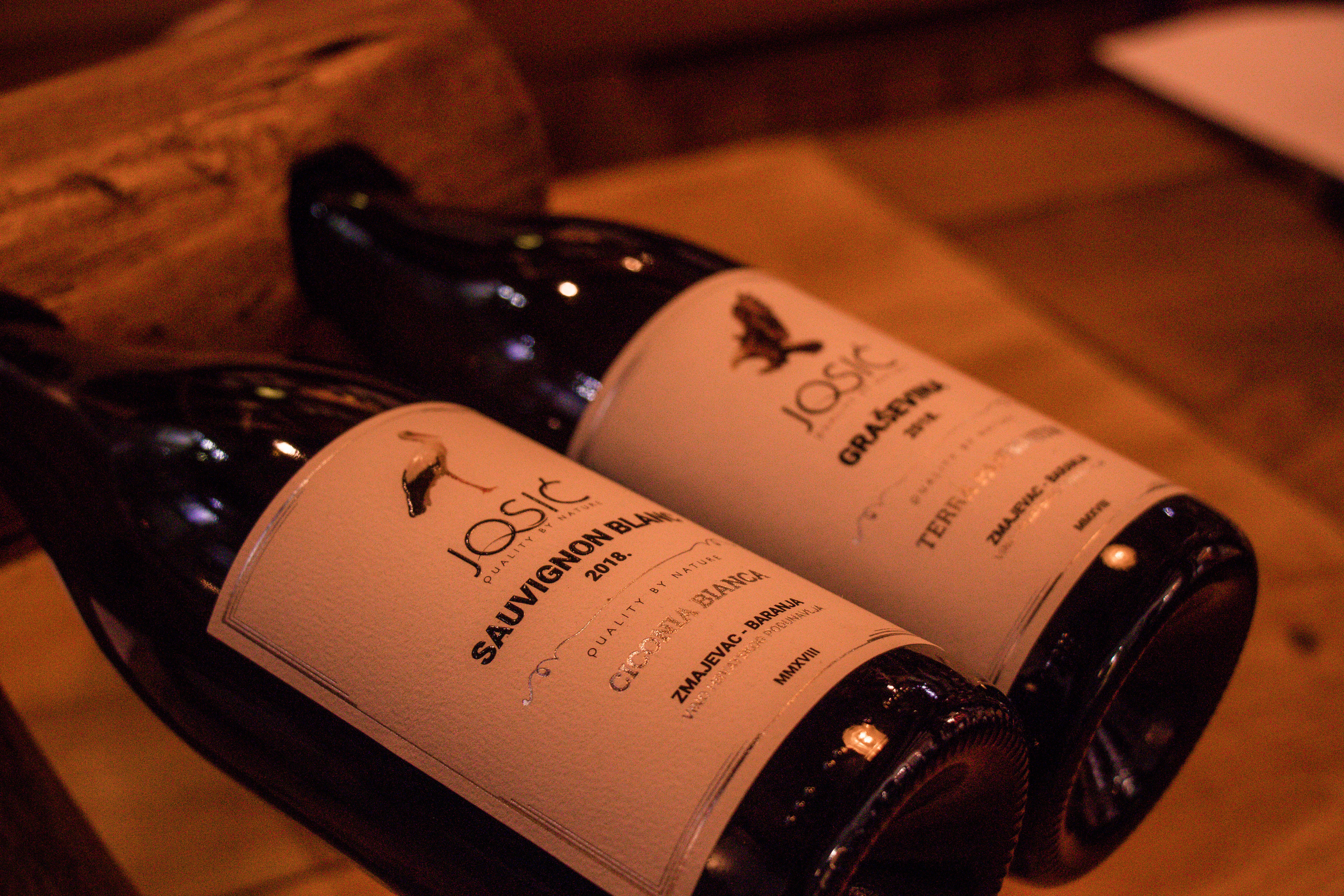 The owner of the winery, Damir Josić, first bought the vineyard in 1999, and today he owns more than twenty hectares of vineyards, different wine cellars full of award-winning wines and the restaurant that combines tradition and haute cuisine. The vineyards are located at the foot of the famous Banovo brdo or Banska kosa, a twenty-kilometer-long hill that stretches from the mighty Danube to the picturesque Drava river. The foot of the hill was named Mons Aureus, or the Golden Hill, by the Romans two thousand years ago, after the golden wines that the hill yields. The secret of wines from Banovo brdo comes from the south that keeps the vines warm and the north that protects them from the wind. Josić started wine production in an old gator, the style of cellar characteristic of winemaking in Baranja. He subsequently bought four more gators, arranged them and connected them together. Josić wines have interesting names with a geographically relevant story; they pay homage to storks, local soil types, etc. Josić wines first garnered major attention due to the famous Ciconia Nigra, a blend of cabernet franc, cabernet sauvignon and pinot noir, a wine that owes its name to black stork. On the other hand, his white wines are variety-specific and include Graševina, Sauvignon Blanc and Pinot Gris. Josić wines have won many awards and his labels have been recognized as another way by which Josić celebrates the natural heritage of his region. 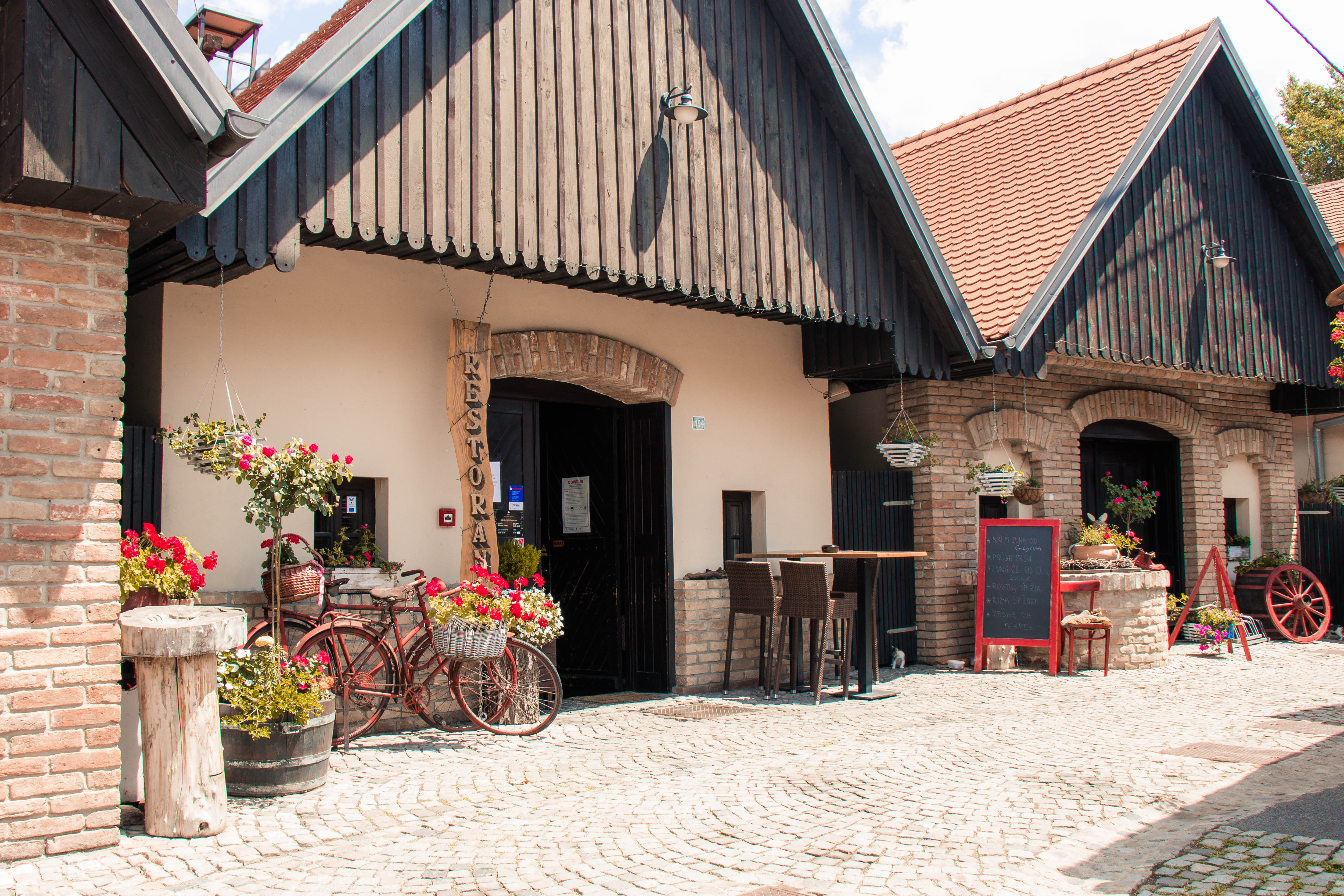 KUL IN VISITS THE JOSIĆ WINERY AND RESTAURANT

Damir Josić showed us around his winery and restaurant and revealed that the restaurant is adorned by a rustic-style interior items, and located in wine cellars that are 150 years old. He emphasized that when developing the concept of the restaurant, he decided to stick to the authentic expression of Baranja, which means that the restaurant boasts traditional architecture and the recognizable Baranja's visual identity. The food that the guests of the restaurant enjoy is also aligned  with the tradition and culture of the area. Respect for tradition is seen not only at the level of aesthetics, but also in terms of content. The culture of this once forgotten region is evoked in a delicious and dignified way. The menu is full of rich game and freshwater fish dishes, which have been the backbone of Baranja cuisine throughout history. Damir tells us that he started 23 years ago with a vision that his winery and restaurant would convey the core of this special region, and he has succeeded so far. 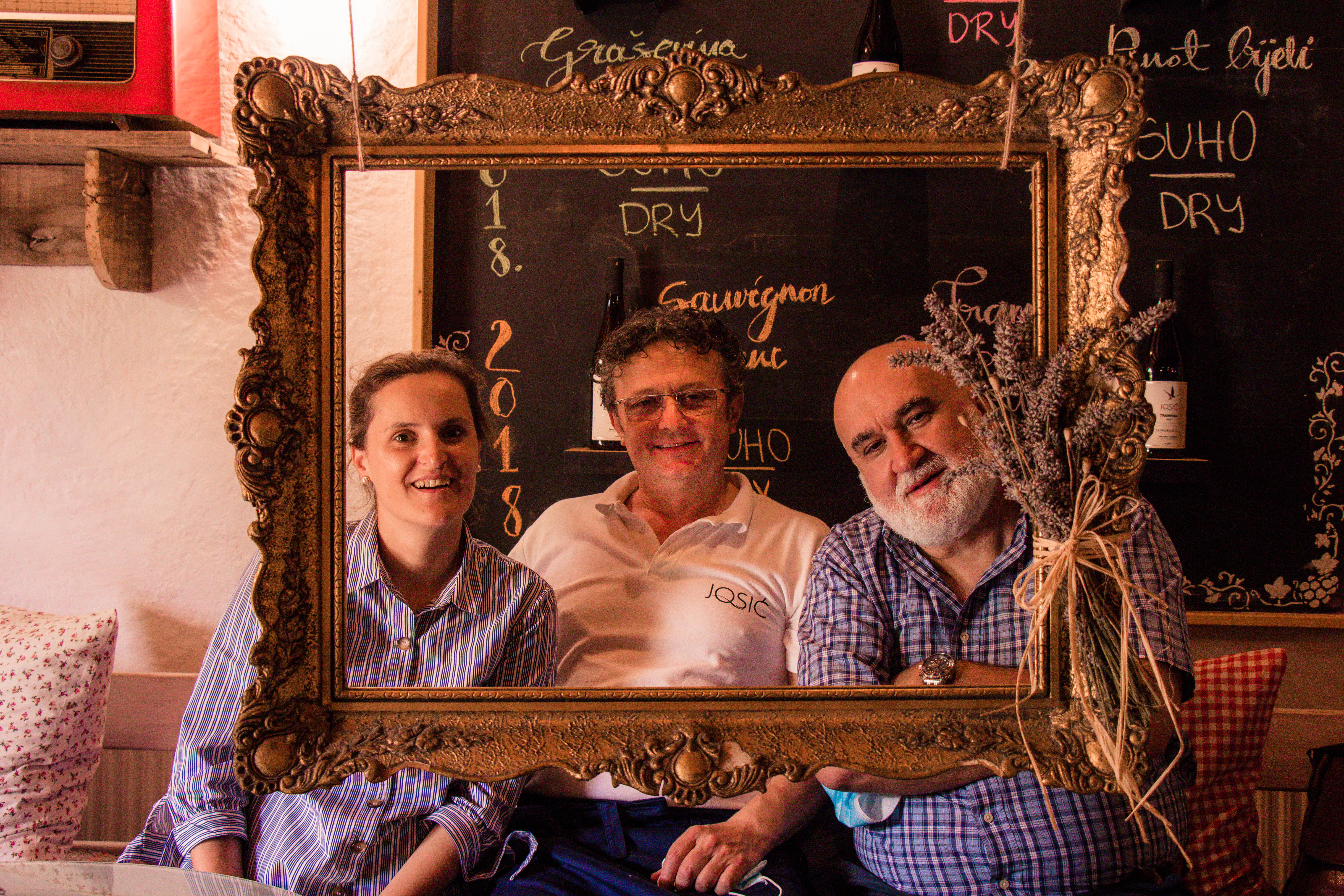 Has anything changed in the philosophy of the restaurant since Damir took up culinary arts in 2019 and enrolled in the Culinary Arts program at Kul IN? Damir cheerfully highlights that he is still faithful to the original vision and presentation of bucolic Baranja through his menu. However, he proudly adds that he also introduced his personal gourmet expression and incorporated what he had learned during the program into the life of his restaurant. After Kul IN, Damir continued his education at the partner school ALMA, and after returning to Croatia after a year of learning and internship in the best Italian restaurants, he introduced many new techniques and added unexpected elements to traditional cuisine, and guests embraced this new direction with enthusiasm. 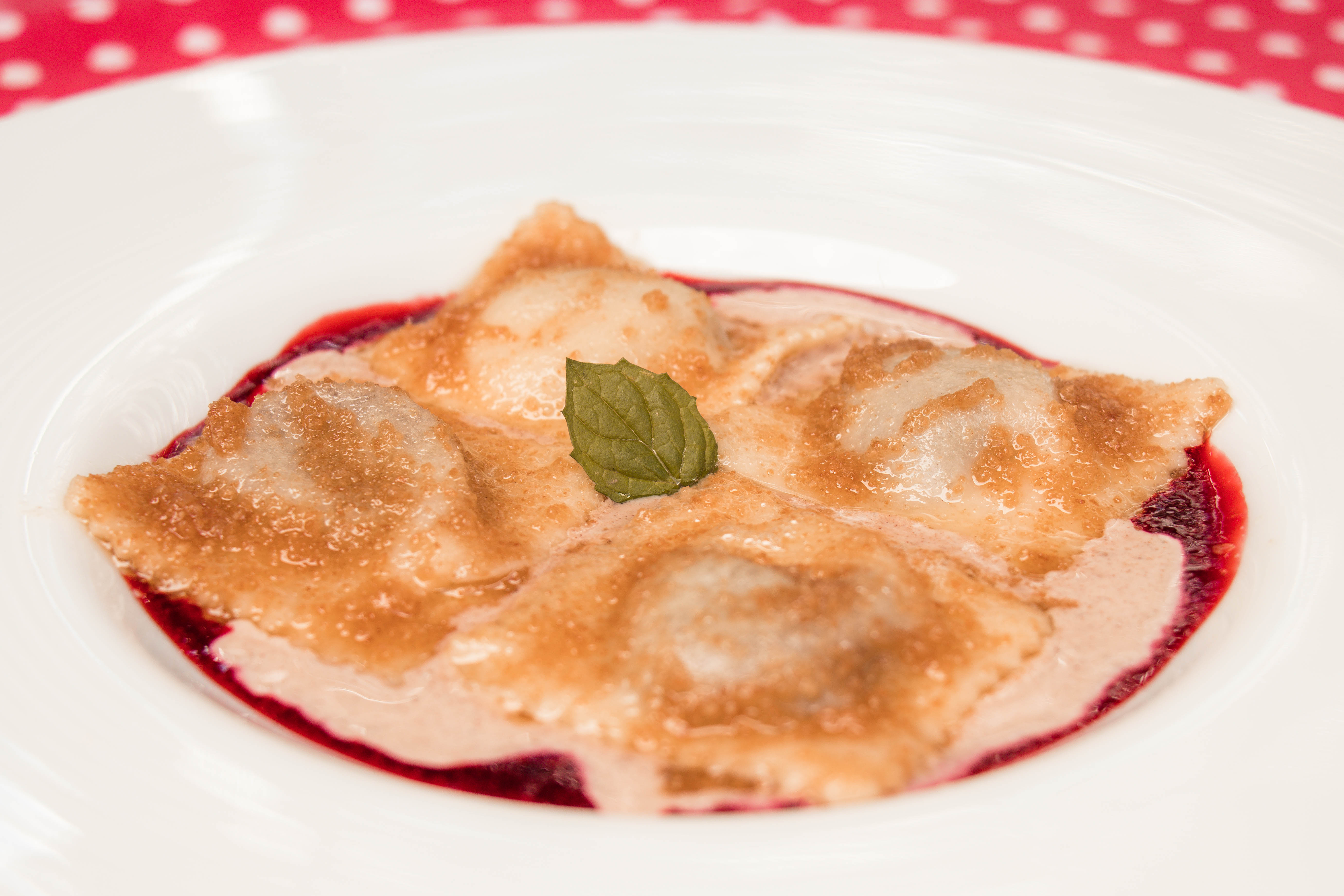 WHAT FOOD DID WE TRY?

What did the Kul IN team try at their alumnus' restaurant? We were greeted by the ouverture dish in the form of a creamy chicken pate. After the starter, we were ready to eat! We dig into the pike fillet, which Damir reminds us is too neglected species of freshwater fish in Croatia, "pike is a very neglected fish in our country, it is valued in France because it has very high quality and clean meat and we are glad we can present one of the ways one can play with pike. We will add other variations and pike dishes to the menu in the future. " Our gastro experience continued with a juicy duck shank in red wine sauce, and later we were delighted by the dish that Damir and his team are still testing before it joins the menu. It is the pork neck of a black Slavonian pig in a vermouth, saffron and fennel sauce. For dessert, we enjoyed the traditional taška pastry in a sauce made of reduced cream and cinnamon, with addition of hibiscus gel, which bears the title of Damir's personal culinary signature. 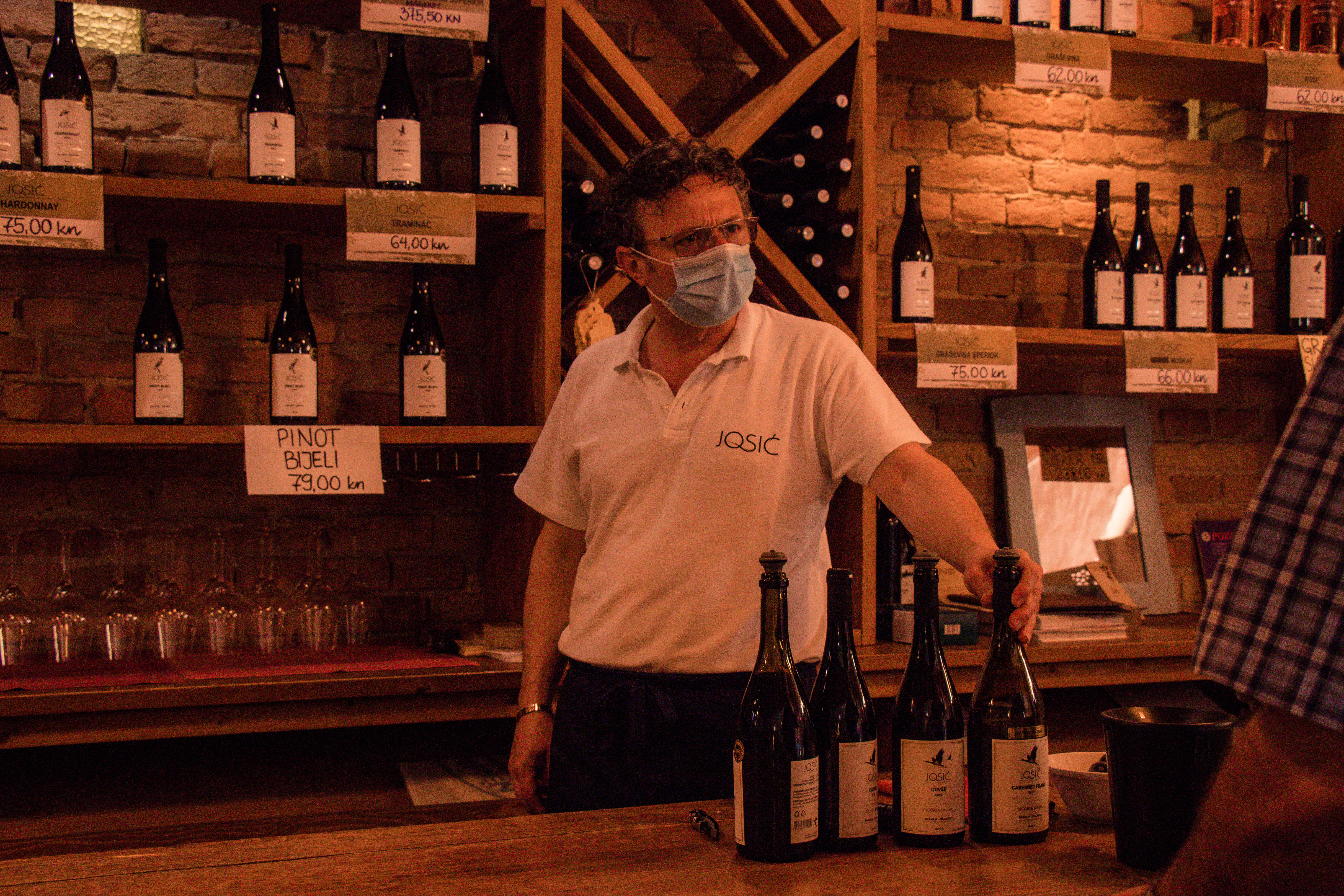 In the spirit of Croatian stereotypes, the conversation quickly turned to history. We will also remind you that Baranja was part of Hungary for several centuries, i.e. until the First World War, and that it has always been known for being a great wine region. Damir emphasizes that the coexistence of man with nature, winemaking, hunting and fishing is the key part of Baranja's gastro heritage, "There is a hunting area not far away from here. As it was before, so it is today - everything is centered around wine and food." Damir also touched upon Baranja's wine roads, "one of them is the most beautiful wine road in Croatia and has a very specific architecture like nowhere else, and dates back to the Austro-Hungarian times. When I started, more than 20 years ago, everything was neglected, without infrastructure." The region has progressed through history, states have changed, wine varieties have disappeared and been replaced by some new ones, and the tradition has grown increasingly rich. The emphasis is still on wine, and Damir reminds us that the word Baranja itself is made up of two Hungarian words - "bor" and "anya", which translates to "wine mother". 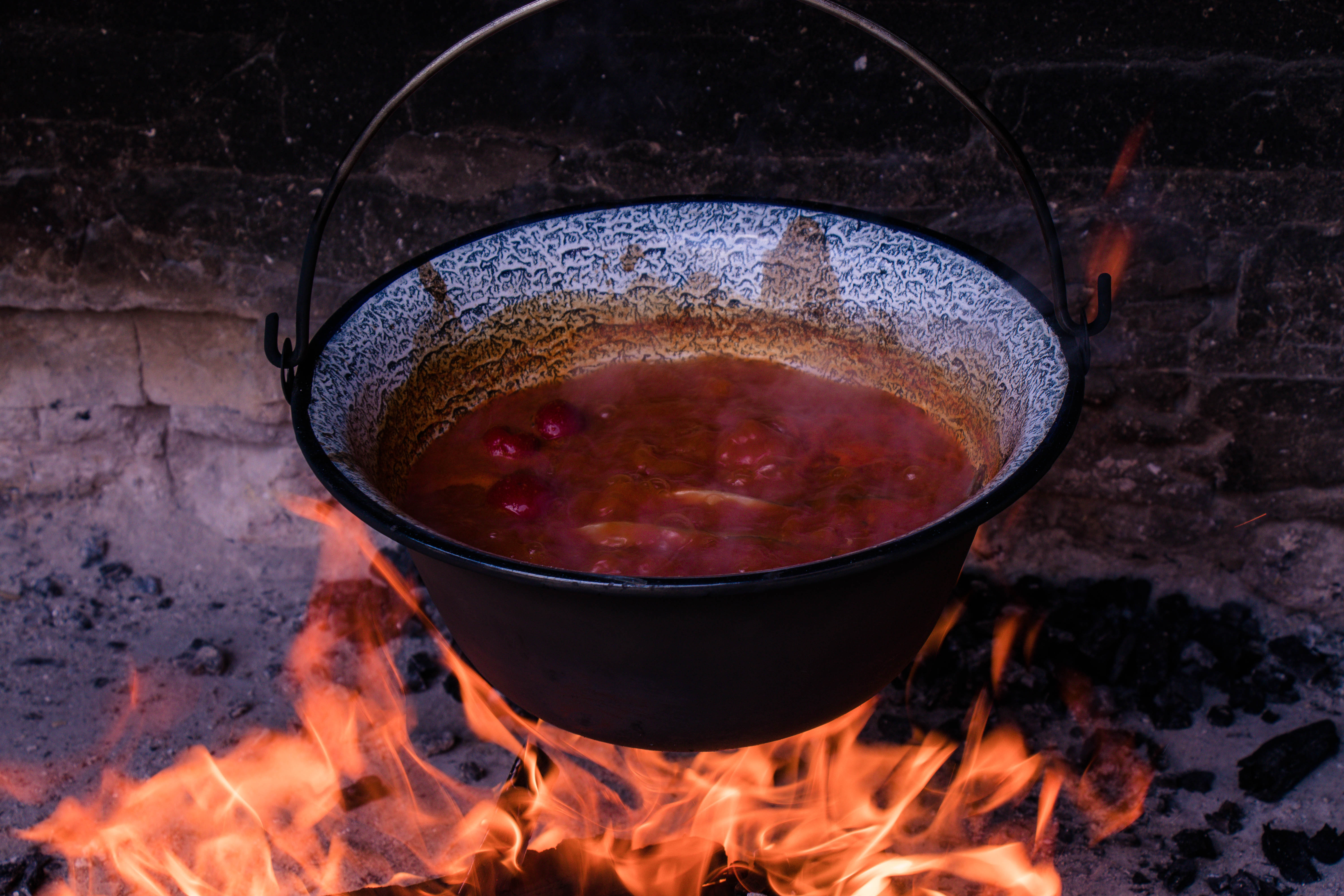 VISION FOR THE FUTURE

Every gastro report requires a concluding question, "What's next?". Damir answers without hesitation that he wants to continue to preserve and celebrate traditional Baranja in his dishes, but also incorporate fusion elements because people are eager for novelty, "gastronomy is a game without limits, and the possibilities are endless." Satisfied with the experience of education in Kul IN and ALMA and internships in Italy, he wants to go on additional internships and training to acquire additional knowledge and techniques, "I just finished school, I do a lot of research myself, and I'm lucky to own a restaurant so I have freedom and I can sometimes be arrogant when it comes to the quality of ingredients. " We heartily approve, Damir!