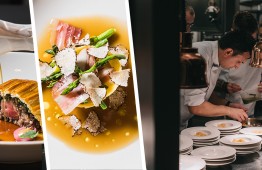 A Slavonia native, Goran Kočiš left his home immediately after graduating from high school to pursue a career that would eventually earn him a Michelin star. He had worked all over Austria and after ten years he returned to Croatia. With his project Noel, he acquired the first, long-awaited Michelin star to continental Croatian gastronomy. One goal was achieved and Goran returned to Slavonia in pursuit of new challenges, where he entertains some new guests with his dishes. However, the idea of returning to Slavonia is much more far-reaching to Goran, and his new project includes strengthening the tourist and gastronomic offer of Slavonia. He has empowered local producers, inspired many to look for a successful career in the place closest to them - home. We can't wait to see what he does next. 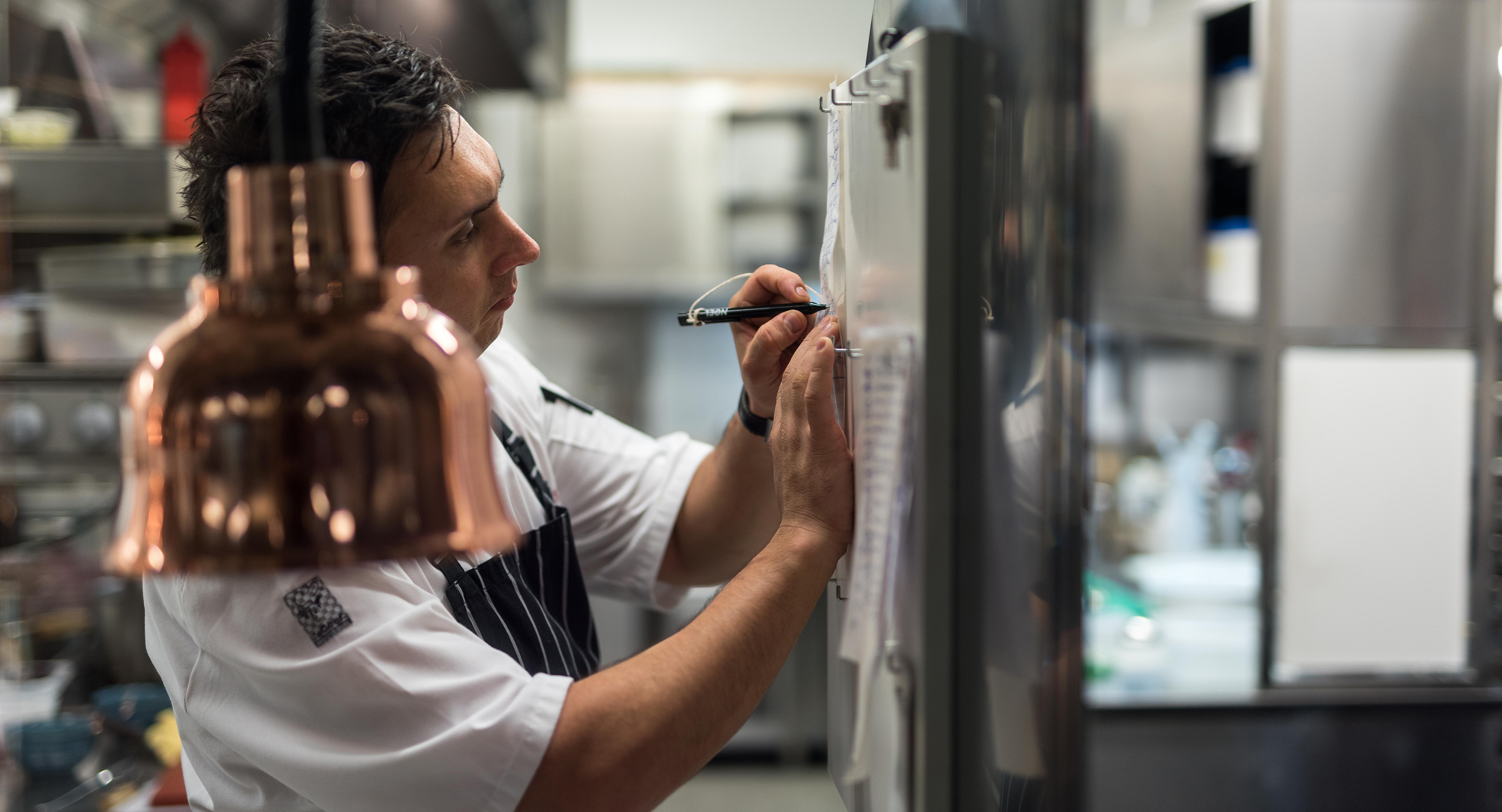 Kul IN: Can you tell us more about your culinary journey, where have you worked so far?

- There is a lot to talk about - I enrolled in high school for a cook in Virovitica because in my hometown Slatina there was no culinary high school options at the time. After school I immediately went to work in Austria, that same winter. I started working around Lake Bodensee which is on the border with Switzerland and Germany, luckily I got my work permit the same winter and stayed in Austria for 9 and a half years and honed my skills. I circled along the lake, working on ski resorts, e.g. St. Moritz, Malberg, St. Anton etc. I perfected my craft in Austria and I can say that experience was my real life school and one of the reasons that I am here now. Culinary professionals learn every day, the industry is always moving, trends are changing. After almost ten years, I decided to return to Zagreb, and my first Zagreb job was the sous chef position at the Apetit restaurant. I was there for two years and then went to Dubravkin Put, where I also spent two years and returned to Apetit as the head chef. After a year, I started the Noel project with Ivan Jug, and that's when people started really hearing about me more. We brought the first Michelin star to Zagreb, and this year I confirmed it once again. 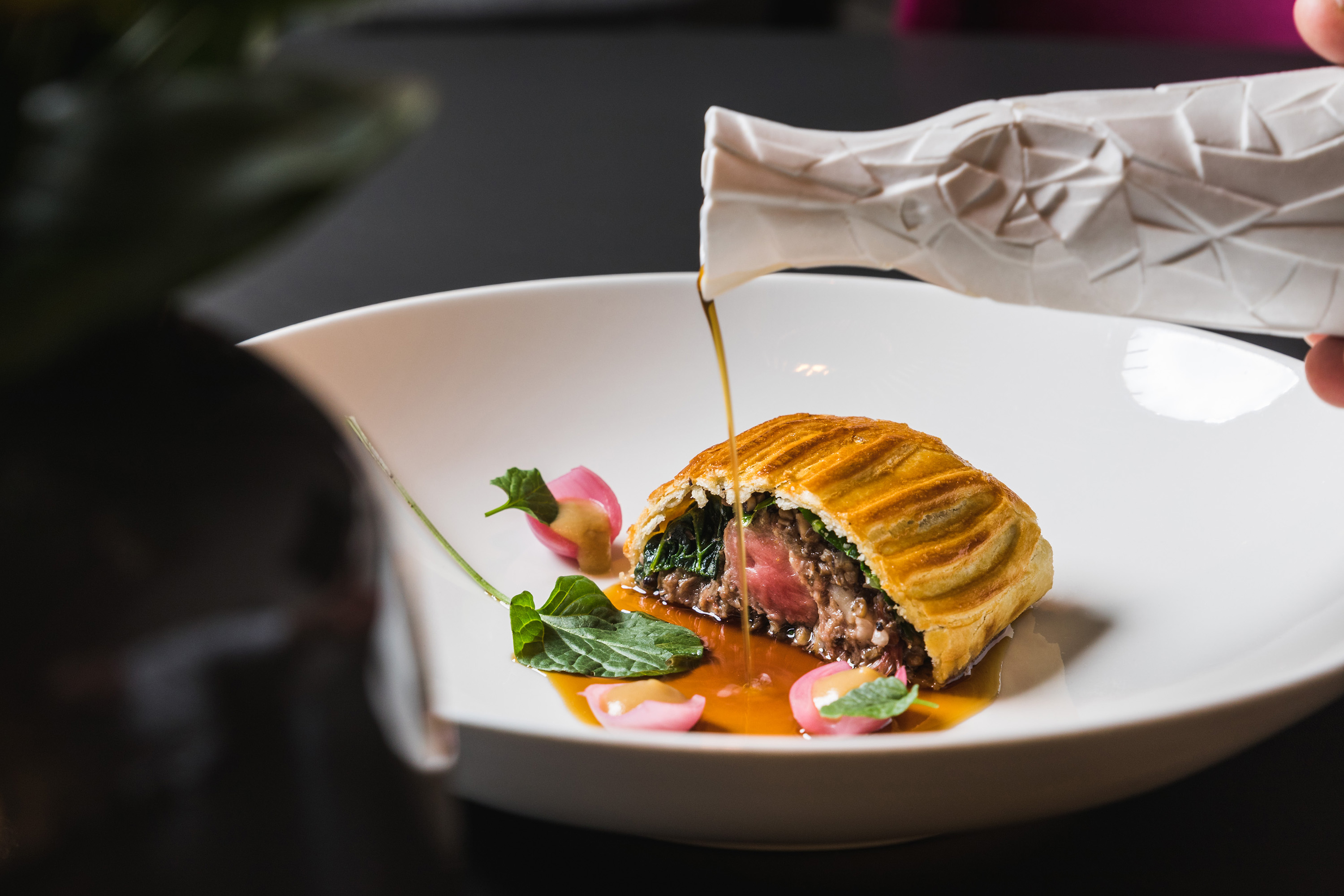 Kul IN: Was the Michelin star your goal when you first started the Noel project?

- It was not the goal, we even planned to go for some fine bistro concept as opposed to fine dining. The direction changed after we completely renovated the space. When we saw the interior we realized our offer had to match our vibe. We built awesome wine selection in our wine cellar and decided to go all out on the haute cuisine. We had some disagreements, we weren't sure if there was an audience for something like that in Zagreb, but it turned out to be the right decision. We worked, improved, learned and in the end, as a big reward for our efforts, a Michelin star arrived, which is still the first and only one in continental Croatia. 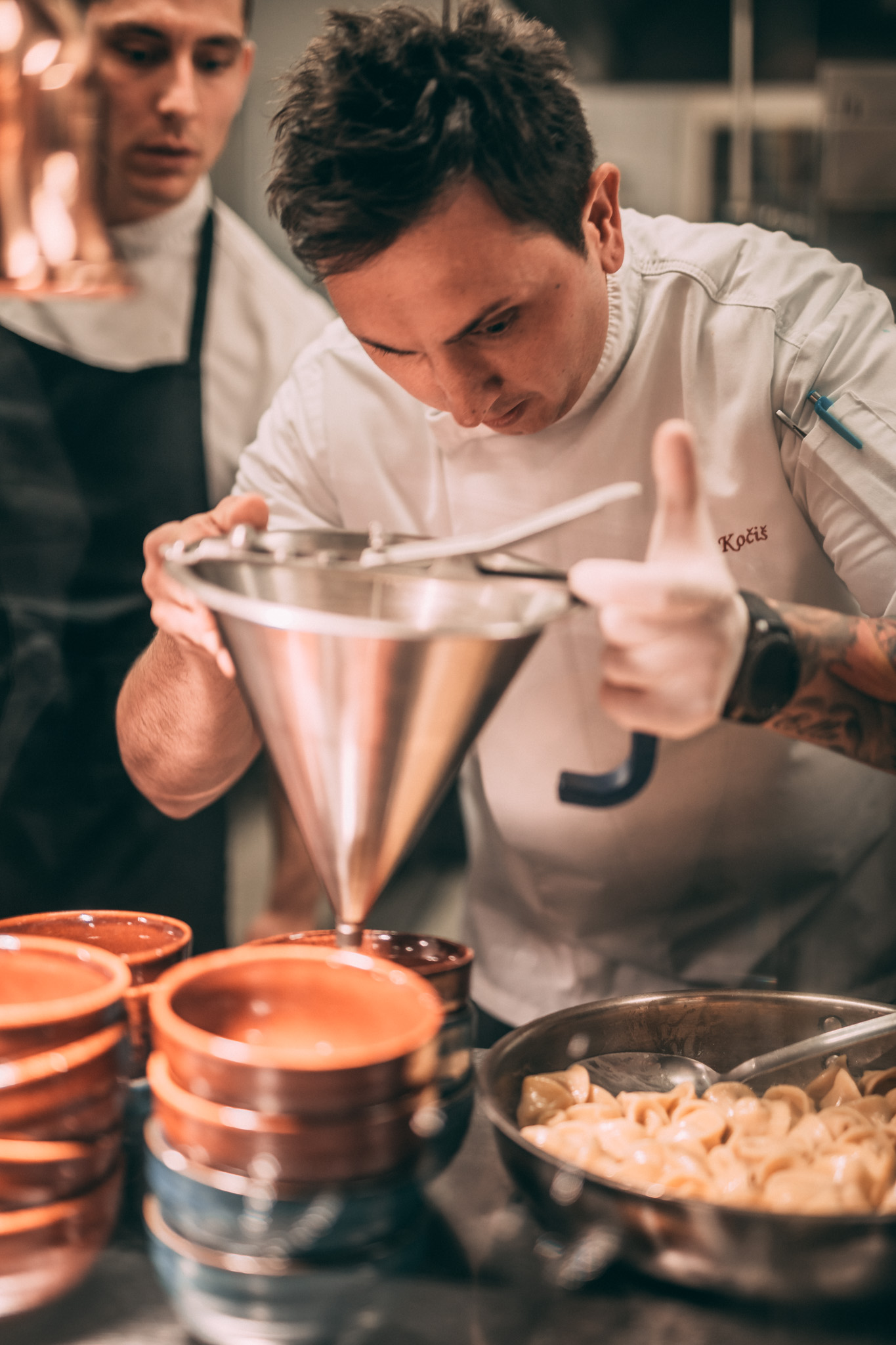 Kul IN: What were the reactions after you got the Michelin star?

- It means a lot primarily for tourism in continental Croatia and Zagreb. It is interesting that after the star, tourists became 85% of our guests compared to locals. Also, the star gave us independence and positively affected the sustainability of the restaurant, we had the opportunity to invest in new techniques, new technology, more people. On that side, having a Michelin star is a big plus, but from a personal point of view, media attention and pressure became a huge source of stress and pressure over time because it is well known that Michelin star can be lost. We always try to be better, that's how everyone who has a plan and goal operates, and that requires extra engagement from the person, being away from home and a lot of things that don't just involve the media and attention. It is a broad topic and a lot can be said about it, but the fact stands that haute cuisine chef life is intense, cooking at that level is a style and way of life, it has nothing to do with having a job. 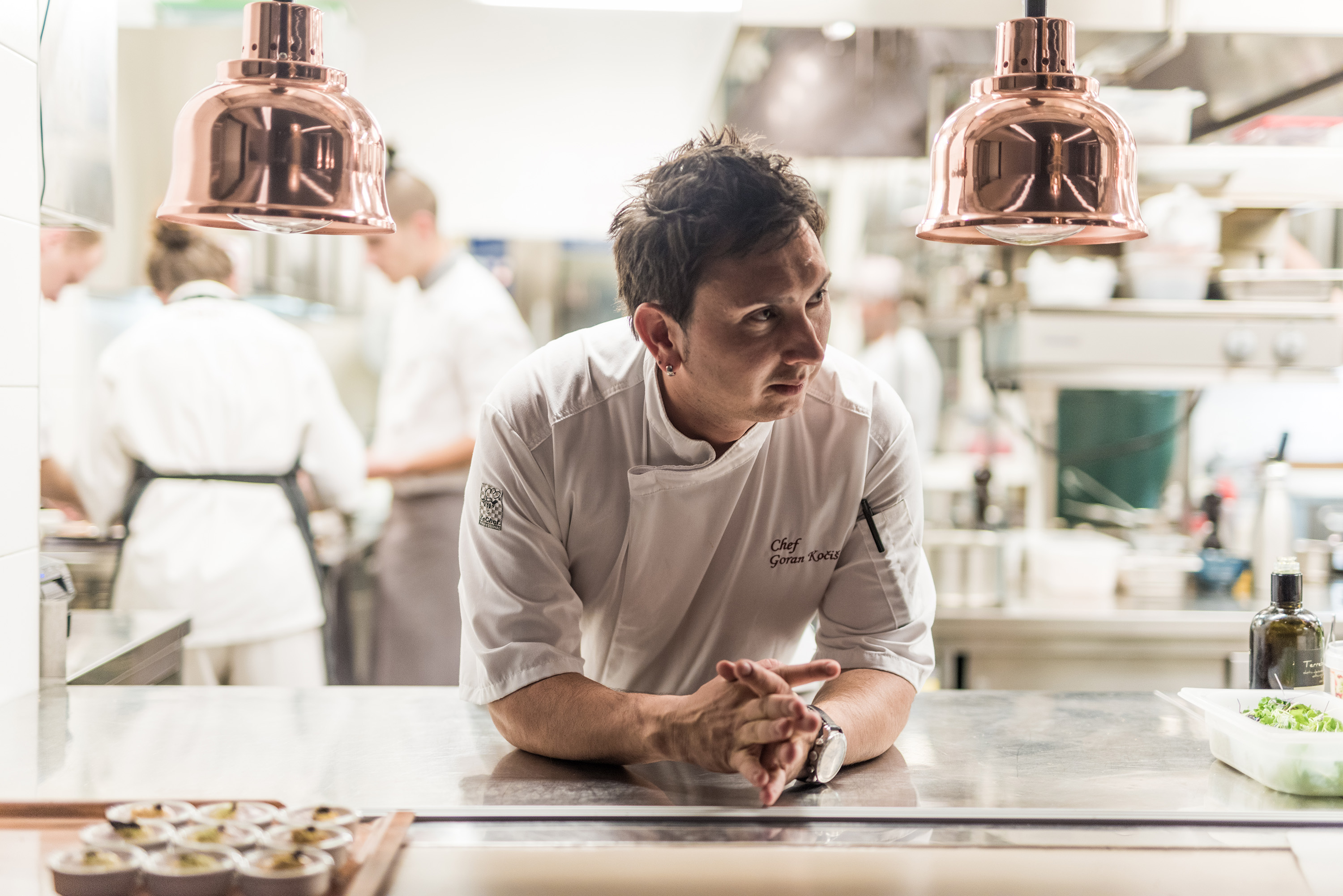 Kul IN: How did you move to Slavonia?

- It was important for me to confirm the Michelin star and I succeeded. In the meantime, the cons of the lifestyle outweighed the pros. The pandemic was looming and I noticed that everyone started transitioning from cities to nature, to the wide wide open. Tourism has taken a hit in big cities and I think it’s hard for restaurants working at such a high level. On the other hand, there are new opportunities for tourism and gastronomy in nature, dining outdoors and outside of big cities, and I realized that Slavonia can contribute a lot and make a break-through. The potential of Slavonia and lesser known Croatian regions is great in this regard. 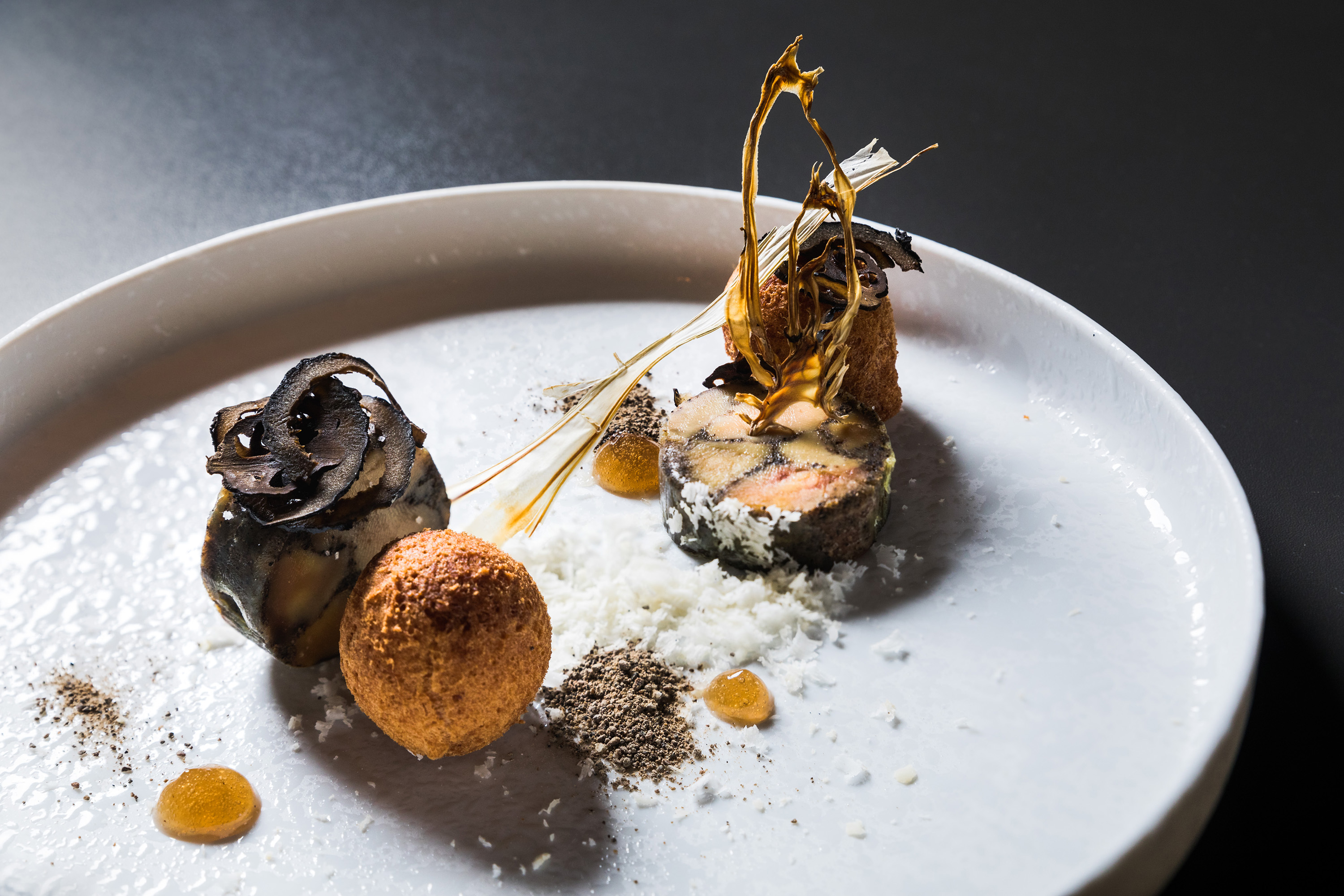 Kul IN: Can you tell us more about the concept and goal of the new project?

- My plan is to empower Slavonia and its gastronomy, support young people who enroll in culinary schools, support teachers, support producers of vegetables, fruits, livestock, poultry, etc. I am working intensively to make my new project self-sustainable, so we can supply ourselves with meat and vegetables. It is possible to realize this idea of ​​a completely self-sustaining restaurant in a few years because we have good infrastructure. The goal is for people to recognize the project, which won’t be a problem given the location in nature and what’s on offer and what’s going to be offered in the future. I may not be chasing Michelin stars, but getting into some Michelin guide would be great, we’ll see. I certainly want to support the profession and break the stigma that Slavonia is disappearing and that everyone is leaving.